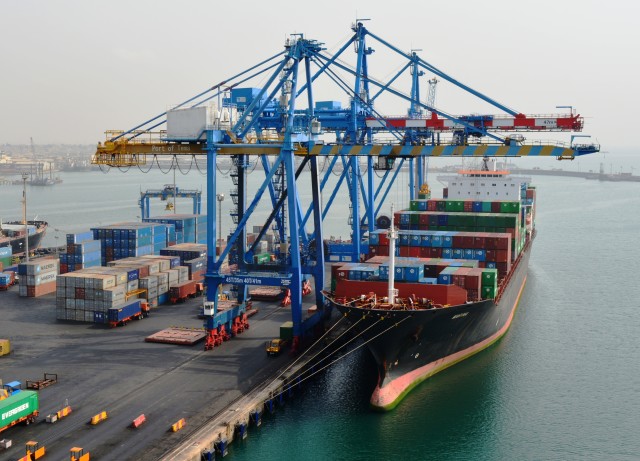 Ghana is positioning its busiest Tema port to become a hub in West Africa with a $1.5 billion expansion project.

The project to nearly quadruple the container capacity from 2017 of the port of Tema, which now handles more than 70 per cent of Ghana’s container traffic, was spearheaded by Meridian Port Services, a joint venture between Bollore, APM Terminals and the Ghana Ports and Harbours Authority.

The Port of Tema aspires to overtake regional peers such as the Port of Abidjan, providing a point of transshipments for cargo, Mohamed Samara, MPS Chief Executive Officer told journalists.

The expansion is set to leverage an Africa-wide trade deal, which came into effect in January and seeks to boost intra-continental commerce from the current 14.5 per cent of trade, according to the African Export-Import Bank.

That share compares with more than 50 per cent in Asia and 72 per cent  in Europe.

The Africa Continental Free Trade Area is creating the world’s biggest free trade zone by area, encompassing a combined economy of $2.5 trillion and a market of 1.2 billion people.

MPS is set to conclude its second phase this month after delays linked to the coronavirus pandemic, Samara told bloomberg..

Extension works will include digitising processes and providing an installed capacity of 3.7 million TEUs a year, according to the company.

That is set to cut down on terminal time and expand the traffic volume for the port. The investment also seeks to deepen the port to accommodate larger ships.

The expansion could increase exports of Africa’s biggest gold producer and the world’s second-largest cocoa grower by as much as 17 per cent over five to 10 years, according to a 2019 study by Quantifying Business Impact on Society.

The study also warns that efficiency gains could be eroded by congestion on the 19-kilometer (12-mile) highway connecting the port city to Accra.